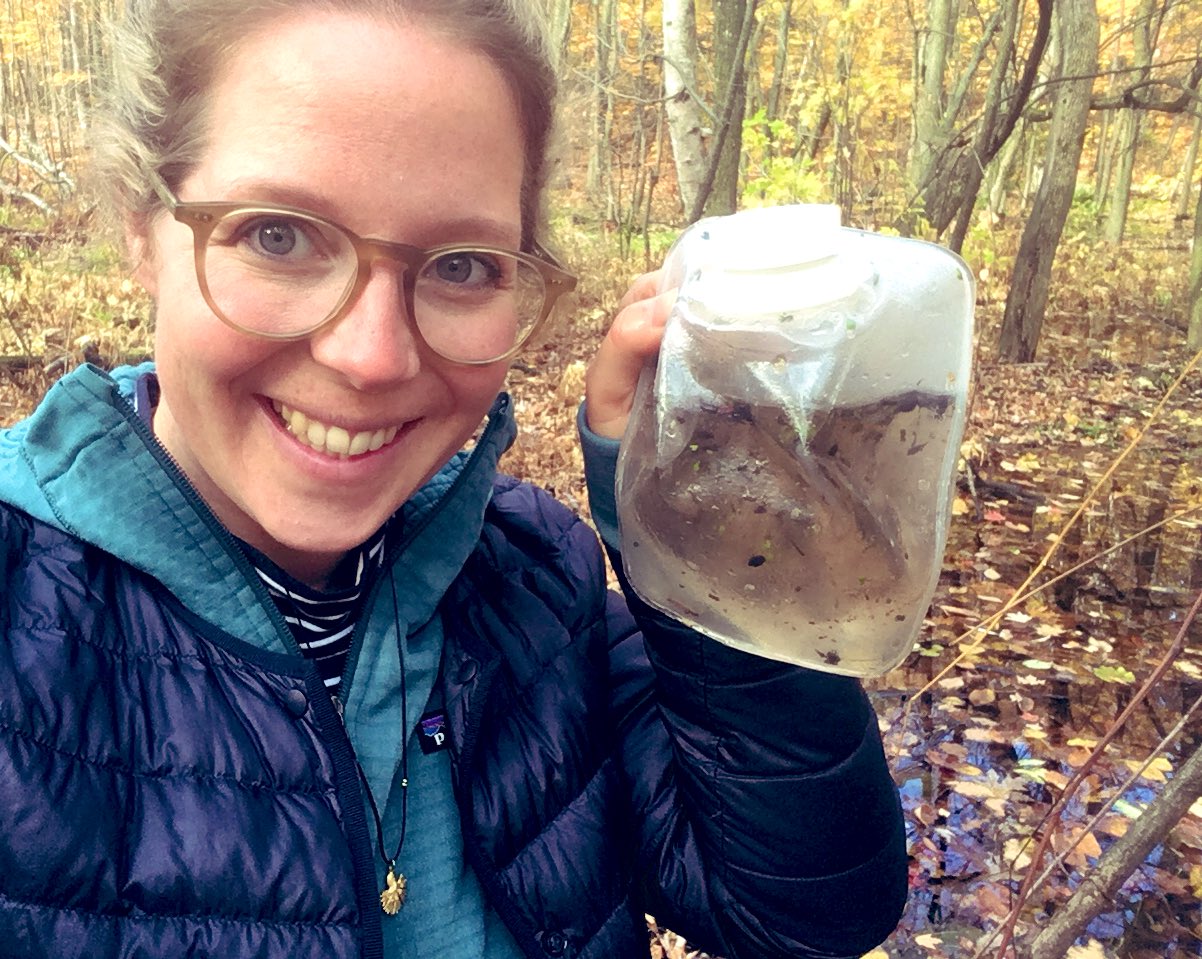 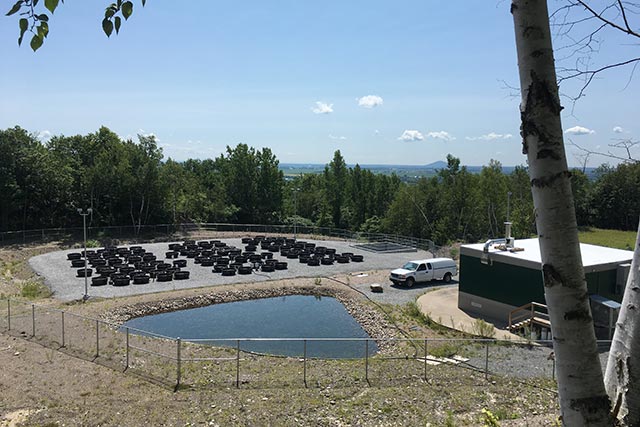 During my Postdoc at McGill, I studied how evolution modifies stability of aquatic (meta)communities using a Large Experimental Array of Ponds (LEAP) at McGills Gault Nature Reserve in Mont St.-Hilaire. In these ponds (107 of them!) we assembled natural lake water communities and tracked these communities over the field season 2018. We were interested in the impact of environmental stress (acidification) on ecosystem stability. We found that adaptation can help ecosytems to maintain their natural variability in a highly stressful environment. The paper is now written, submitted, and can be accessed online on bioRxiv here. 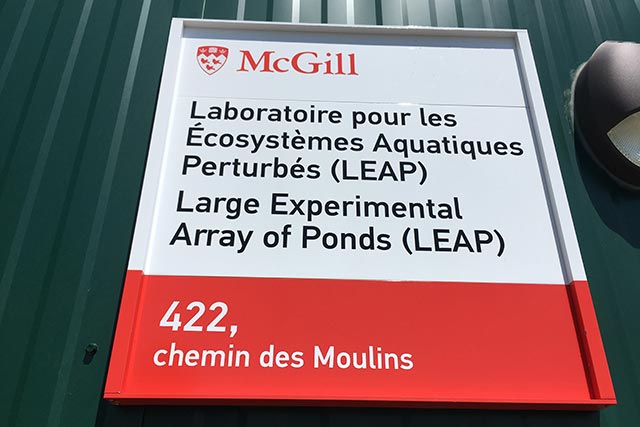 LEAP was established in 2016 and the first results from LEAP 2016 have been published in Nature Ecology & Evolution! In this paper, led by Vincent Fugère, they looked at community rescue in response to the commonly used herbicide glyphosate. Have a look at the paper here. 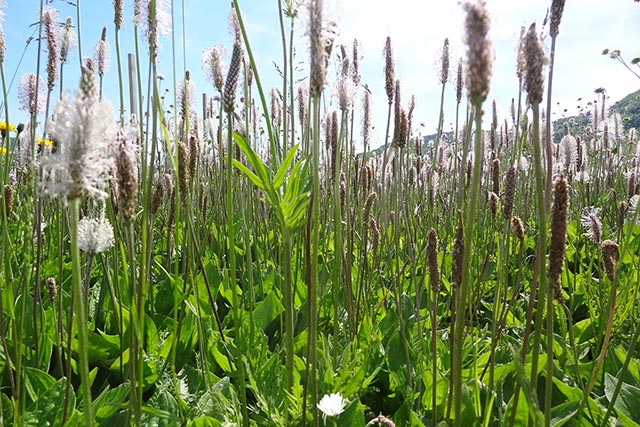 We tested effects of community evolution on primary productivity in 48 different plant communities of 1, 2, 4 or 8 grassland species growin within the Jena Experiment. We found that productivity was increased if communities were assembled from plants that had previously been growing together for 8 years compared with communities assembled from plants without a common history. The observed positive effect of community evolution on productivity was independent of the presence of co-selected soil organisms but restricted to low diversity; mixtures of 8 species were not affected. We conclude that to preserve well-functioning ecosystems we need to protect interacting species in a community context. This research was published in Ecology Letters.
Link to the publication

Previously it was shown that differential selection in monoculture and mixed species grassland communities could lead to the rapid emergence of monoculture and mixture phenotypes (Zuppinger-Dingley et al, 2014).
I conducted a similar experiment showing that community diversity as selective environment can alter plant performance and functional traits. This research was published in Perspectives in Plant Ecology, Evolution and Systematics.
Link to the publication.

Underlying mechanisms for such rapid phenotypic responses are however still unclear. We hypothesize that in biodiversity experiments pre-adapted genotypes or epigenetic variants could be sorted out from the standing genetic or epigenetic variation. To test if biodiversity acted as a selective environment, we grew offspring from plants that were exposed for twelve years to a monocultures or mixture environment under controlled greenhouse conditions. Using epiGBS, a genotyping by sequencing approach combined with bisulphite conversion to provide integrative genetic and epigenetic data, we showed that plants with a monoculture or mixture background were genetically distinct. Our data reveals a strong correlation between genetic and epigenetic variation and suggest genetic variation as driving force of most epigenetic variation. This pattern was consistently observed across different plant species. These results suggest that, in perennial grassland species, selection of genetic variation underlies the rapid emergence of monoculture and mixture types.
Link to the publication.

For a quick overview check out the following poster (presented at the 40th New Phytologist Symposium in Vienna, Austria).
Poster: Evidence for Rapid Evolution in Grasslands (pdf)

A short English summary of the research can be found here. 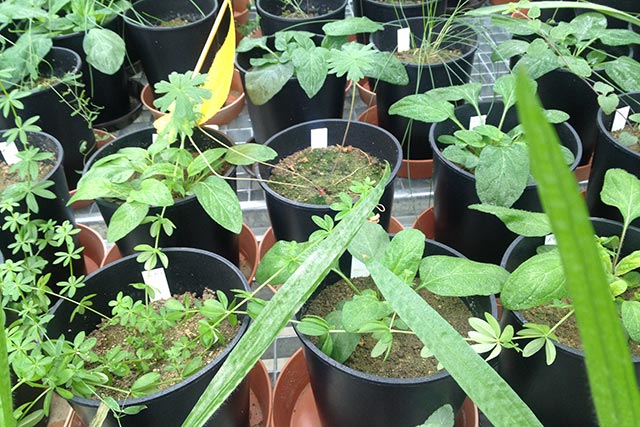 In a project led by my PhD colleague Dr. Terhi Hahl we assessed in greenhouse experiments whether soil community history and plant selection history interact. Specifically, we looked at interactions between plants and mutualistic soil organisms (arbuscular mycorrhizal fungi) as well as other microbes. The corresponding paper is published in Functional ecology.
Link to the publication

We were furthermore interested how both plant diversity and co-selection between plants and their associated soil microbiota can shape the microbiome of the plant rhizosphere. In a paper led by my collaborators Dr. Marc Schmid and Dr. Terhi Hahl we found that the bacterial community composition was influenced mostly by plant identity but also by soil legacy effects. The results are published in Molecular Ecology.
Link to the publication

Currently, we're also working on a paper assessing bacterial community composition in the soils of our experimental plots in the Jena Experiment.